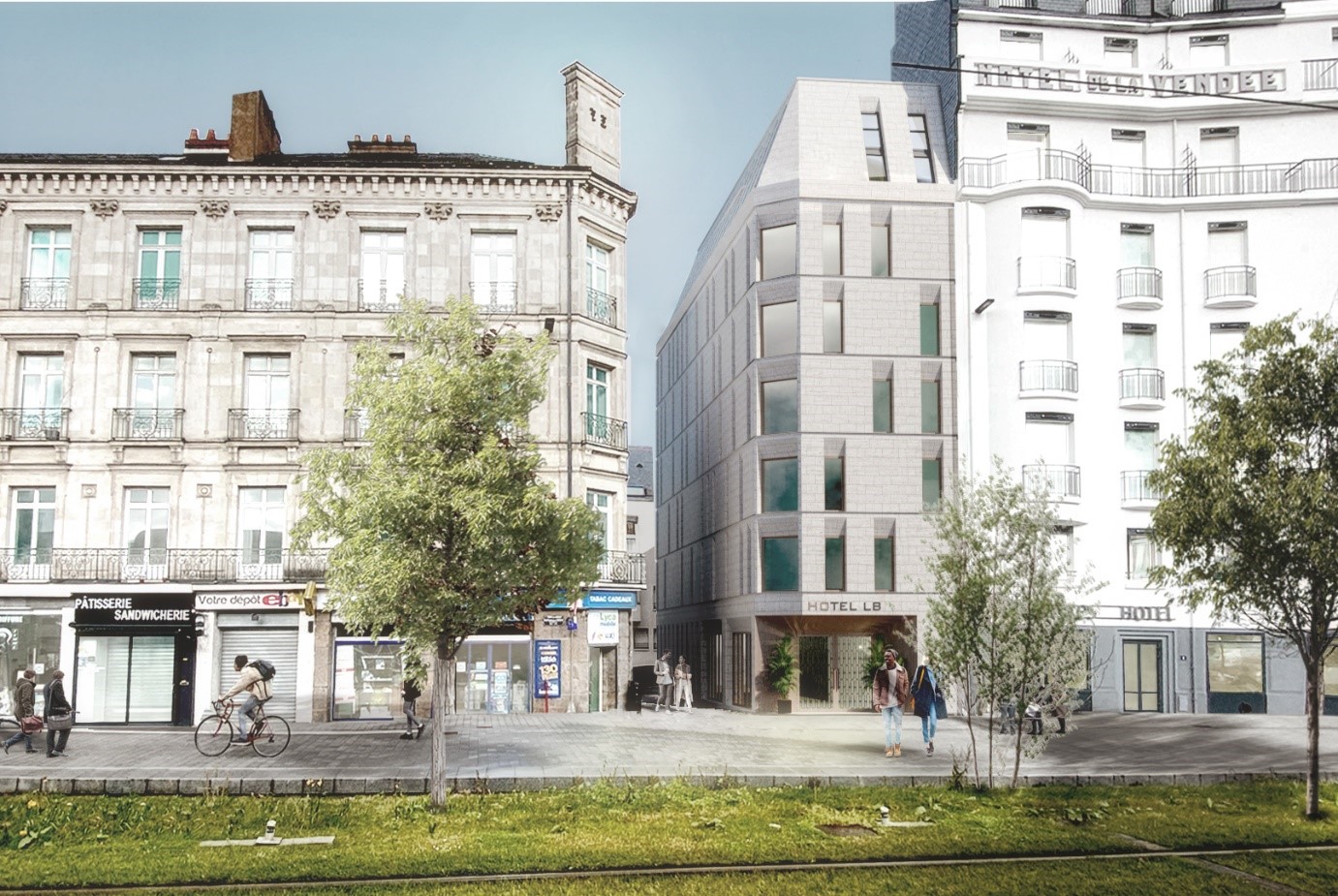 Vicartem has acquired the Hôtel de Bourgogne Nantes Gare in partnership with Extendam. Large-scale renovations are planned for the hotel, which enjoys a prime setting opposite the TGV train station and close to the centre of Nantes, an attractive destination from both an economic and demographic point of view.

The Hôtel de Bourgogne Nantes Gare is just a five-minute walk from the Castle of Nantes (Château des Ducs de Bretagne) and 10 minutes from the town centre and is ideally located on the allée du Commandant Charcot, right opposite the TGV train station.

“We are delighted at this opportunity to invest in Nantes, the main economic hub in France’s Grand-Ouest region, and in such a strategically placed asset. Named European Capital of Innovation in 2019 and known for its “French Tech Capital” programme, Nantes is one of the three French cities with the highest number of IT-sector jobs. The Nantes–Saint-Nazaire aeronautics hub is a standard setter in Europe, and Nantes is also well known for its quality of life. All of this, combined with Vicartam’s in-depth knowledge of the real estate and hotel market in Western France, lead us to believe that business will be brisk once the renovations are complete.” Inès de l’Aulnoit, Managing Partner at Extendam.

The hotel will be run by Vicartem Hôtellerie, a subsidiary of the Vicartem Group, when it reopens in 2023. It will complement the eight hotels already owned by the Group founded by Céline and Sébastien Meslin.  It will be the Group’s second premises in Nantes. The idea is to try out a new concept combining well-designed-but-affordable rooms on the upper floors with a common area offering casual, high-quality dining.

“We are delighted with this new acquisition, as it is another chance to demonstrate our expertise in the major renovation and repositioning of city-centre hotels. The new project, which complements our existing hotel in the city, will allow business and leisure travellers alike to enjoy a fun, comfortable and gourmet break in Nantes. We are extremely pleased to have Extendam, Europe’s leading private equity investor for the hotel sector, assist us in the roll out of this high-value-added concept,” says Romain Gowhari, General Manager of Vicartem Hôtellerie.